My passion is to contribute to peace, and to reduce the loneliness in the world by enabling people to connect more fully. 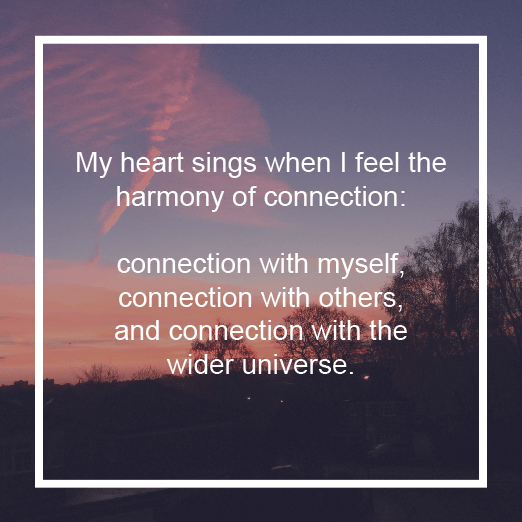 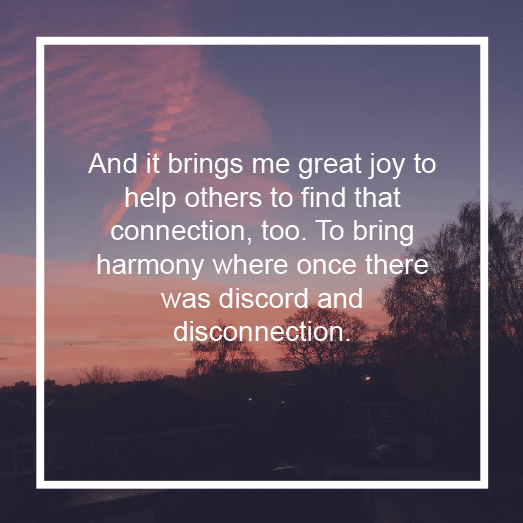 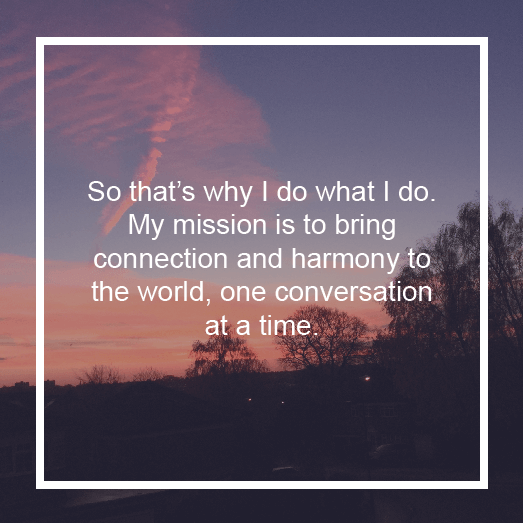 For me, connection is the source of love, happiness and peace.

It hurts my soul when I see or experience dis-connection, because that feeds directly into fear, loneliness and war. My passion is to contribute to peace, and to reduce the loneliness in the world by enabling people to connect more fully. To understand and share more of themselves, and to find ways of speaking up, sharing their truth and deepening their relationships along the way.

It is not by sharing our truth that we create conflict or disconnection … it is when we hold back and edit what we say, share less of who we really are, that we create distance, disconnection, isolation. Opening up, on the other hand, brings deeper connection. I know this from first-hand experience.

In 2007 my world was turned upside down and inside out when my younger son, Matthew, died very suddenly as a result of a perforated appendix. He was 9 years old. At some point in the following year I began to take steps towards getting my coaching business back on track, which involved connecting with people in a variety of situations, including networking. A fairly frequent question that cropped up when meeting new people was the subject of family, and the question “Do you have a family?” … or “How many children do you have?” For a long time I was unsure of how to answer that question, and my answer would emerge in the moment after a quick internal panicky conversation … wondering if I would see the person again, should I tell the whole truth? Experience of doing this taught me that it was pretty much a conversation stopper – not really what you want when out networking! I would feel sorry for the other person as they tried to come to terms with what I had said, and find an appropriate response. We are not very good at talking about death, are we?

So sometimes I would say it, sometimes not. But I felt on edge every time I was in a situation where the subject might come up. And what I noticed was that it never felt ok when I ducked the question and took the conversation elsewhere (maybe just talking about Matthew’s elder brother, Liam, for example). For a long time I thought that was because I was dishonouring Matthew’s memory, by not acknowledging his life. What I discovered was a much deeper truth. In 2015, eight years after he had died, I made a decision that I would always share the whole truth when I was asked about my family situation. It was actually a relief to know that I would not be juggling and deciding in the moment. More importantly, I learned that by opening up it created a space where other people could do the same thing, too. I found that I formed deeper and more meaningful connections as people would share their own challenges and vulnerabilities, too.

This website uses cookies to improve your experience while you navigate through the website. Out of these, the cookies that are categorized as necessary are stored on your browser as they are essential for the working of basic functionalities of the website. We also use third-party cookies that help us analyze and understand how you use this website. These cookies will be stored in your browser only with your consent. You also have the option to opt-out of these cookies. But opting out of some of these cookies may affect your browsing experience.
Necessary Always Enabled
Necessary cookies are absolutely essential for the website to function properly. This category only includes cookies that ensures basic functionalities and security features of the website. These cookies do not store any personal information.
Non-necessary
Any cookies that may not be particularly necessary for the website to function and is used specifically to collect user personal data via analytics, ads, other embedded contents are termed as non-necessary cookies. It is mandatory to procure user consent prior to running these cookies on your website.
SAVE & ACCEPT
Share This